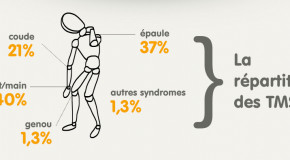 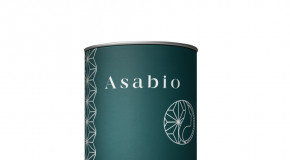 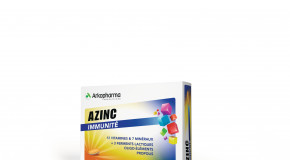 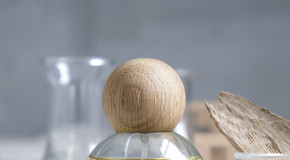 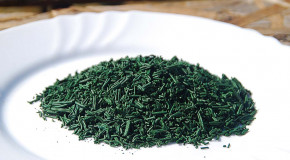 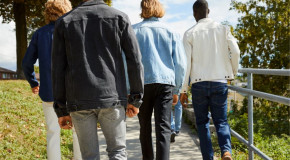 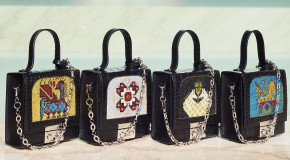 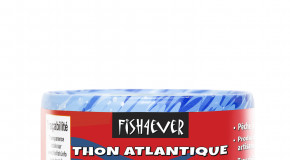 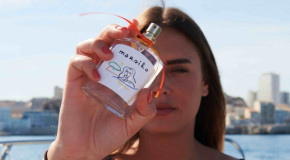 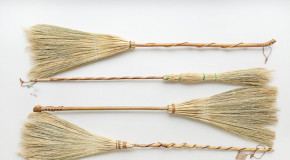 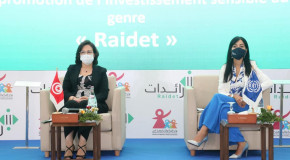 Save the Dik Dik Antilopes !

Conservation of Silver Dik-Dik (Madoqua piacentinii Drake-Brockman, 1911) is an urgent need, and perhaps the possibility of establishing a captive breeding center of this annimal is the Battle of Giovanni pino Bellani. 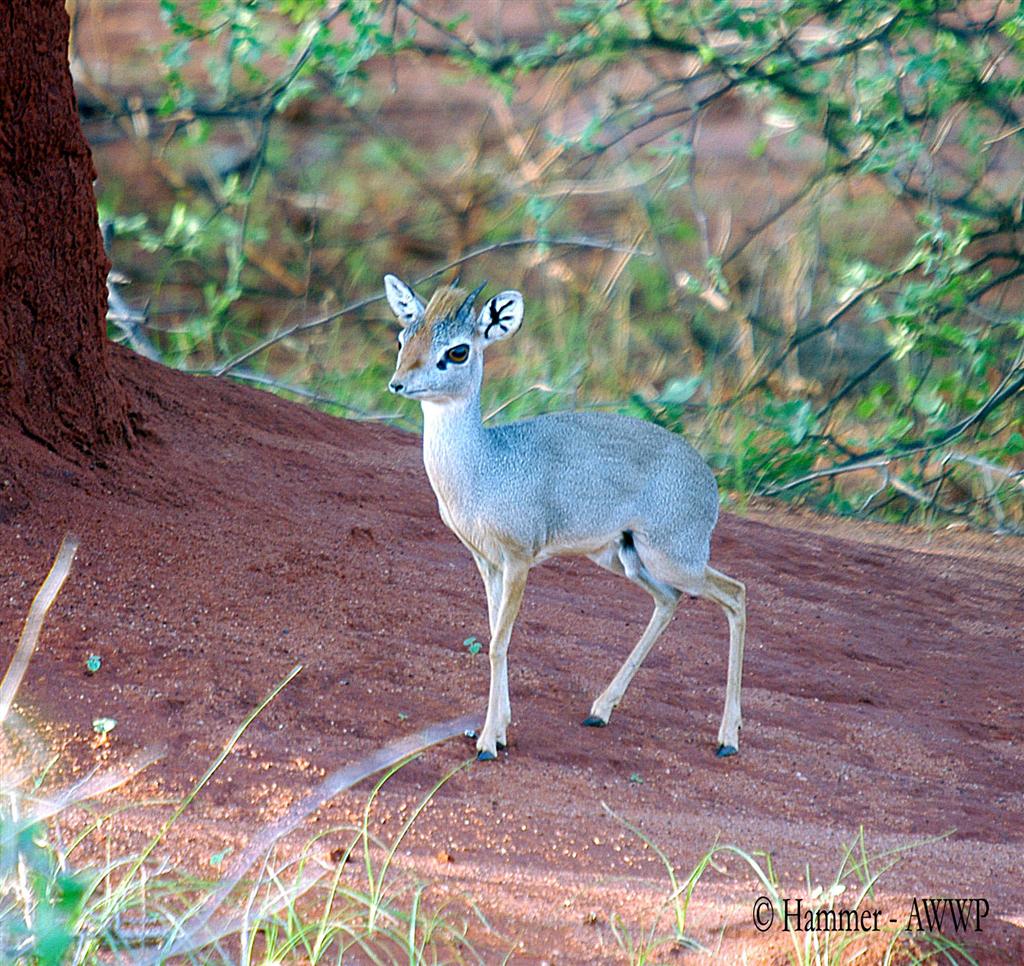 The dik-diks (Madoqua) are tiny antelopes from the countries of the Horn of Africa (Ethiopia, Somalia, Eritrea, Djibouti) with a distribution area that includes much of Kenya, Tanzania, and small areas of Sudan and Uganda . Only one subspecies (or species), damarensis, is geographically separated from all others and spread to South West Africa. 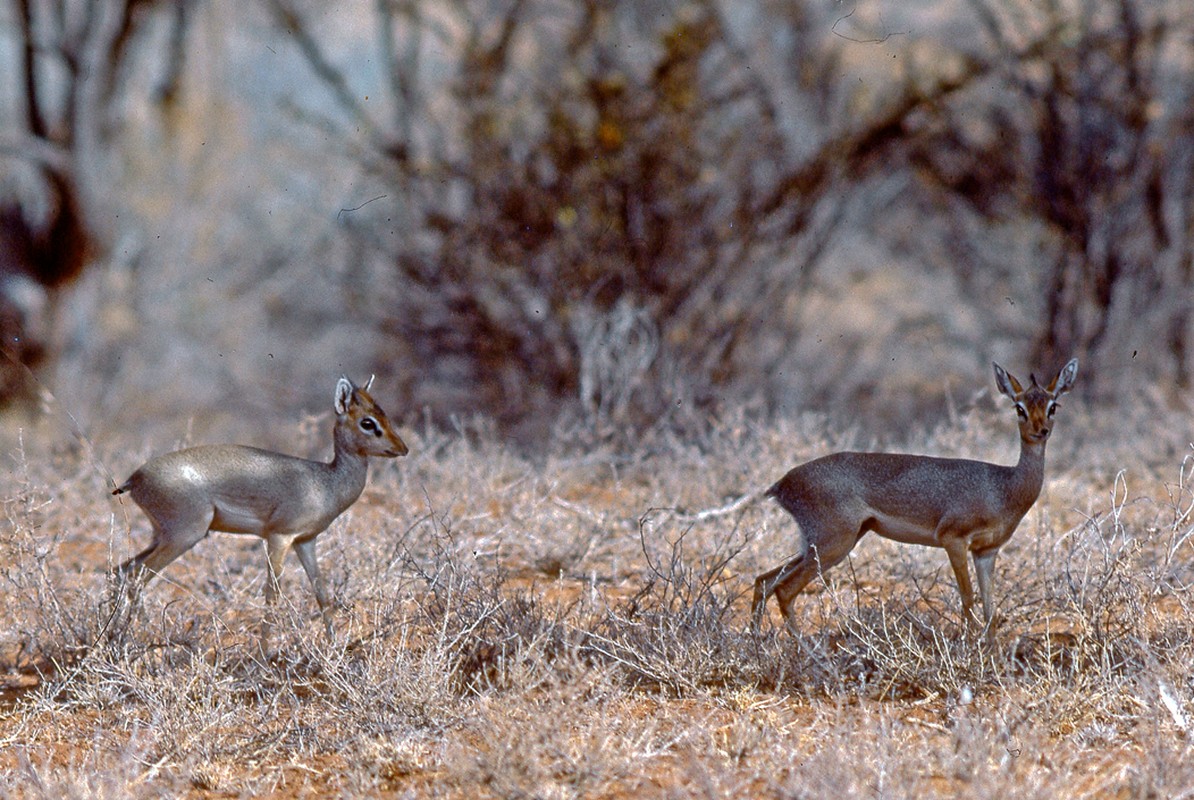 They belong to the Bovidae family and Antilopinae subfamily (Neotragini Tribe), and are characterized by small size and particular structure of the premaxillary and nasal bones which give a distinctive appearance to their face: the nose is crooked, a bit long and mobile, with nostrils that often protrude forward from the chin. Another characteristic of the group is the erectile tuft of long hairs on the top of the head and often conceals the short horns of the males. The dik-diks are fairly well know but little studied in terms of taxonomy and with little research in genetics.

-piacentinii Silver Dik dik (monospecific, considered, until a few years ago, a subspecies of saltiana ) 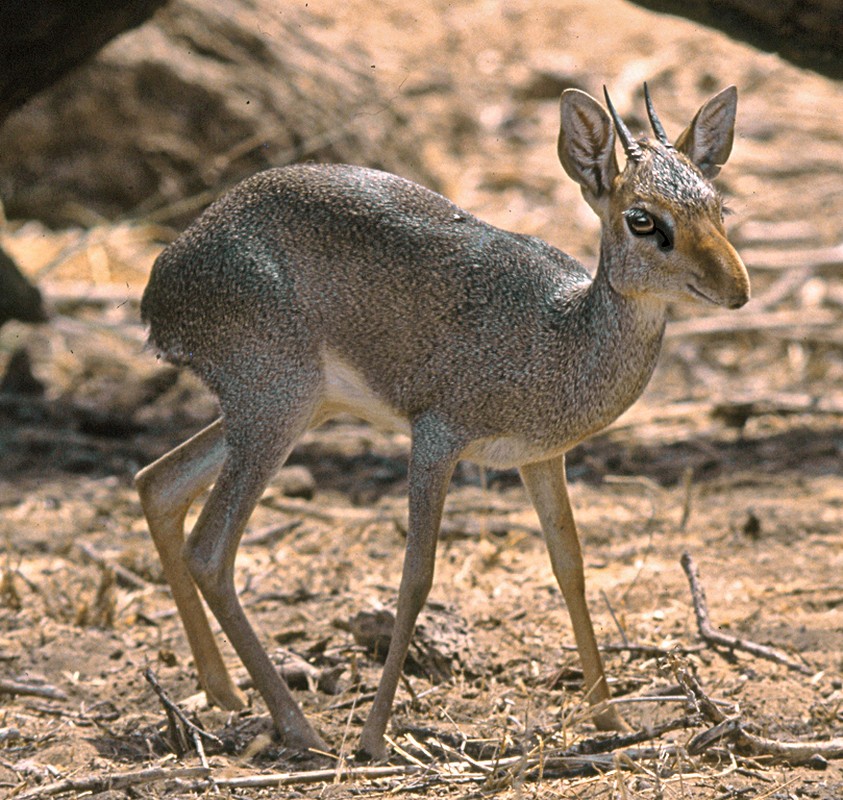 Until about 1970, some Italian researchers studied the fauna of the Horn of Africa; Ugo Funaioli and Alberto M.Simonetta of the Museum and the University of Florence, with the skins and skulls found in Somalia and brought to Italy, was in their power, together with Prof. Derek Yalden (1940-5 February 2013), University of Manchester, established in 1978 that indeed the silver Dik dik (Madoqua piacentinii) was a real species distinct from M. saltiana.

After 1987 following the outbreak of war and unrest that still plague Somalia and in the entire Horn of Africa, because of the dangerous situation, no naturalist took the risk to continue their studies in the field on the somali fauna.

So there is no protected area (park or reserve) to ensure the survival of this species of Dik dik and also other antelopes and gazelles extremely rare as the Dibatag, the Beira, the gazelles : Speke’s,  Pelzeln , Beccari, etc..
Silver Dik dik lives in a strip of the Somali coast about 30 km wide that extends from the region of the  Hobyo cyti (Obbia) to Mogadishu. There’s also a particular ecosystem called « Hobyo grasslands and shrublands Ecoregion » that the silver Dik dik was well adapted. Were not known to Science other finds of silver Dik dik from other areas.
In 2006 alone, naturalists and biologists F.Wilhelmi, Y. Kaariye, S. Hammer., C Hammer, J.-O. Heckel, took pictures of M.piacentinii in the region of ‘Ogaden in Ethiopia. They have documented two other species of Dik dik (M. saltiana and M. guentheri) but silver Dik dik  is the rarest and least visible in this site.

The situation in Ogaden and Somalia

The Ogaden War was a conflict fought in 1977 between Somalia and Ethiopia. Many alarms have been raised by Humanitarian Agencies, since 2007 no longer have access to Ogaden, in consequence of the blockade imposed by the Ethiopian authorities who closed the access to the region at all (scientists, tourists, humanitarian aid). The economic and political situation in Somalia is dramatic, many areas are into the hands of warlords, which is why there are no assets or entities involved in the conservation of nature. I am in contact with two Somali doctors who are now living in the U.S. and who write me << Wi are working with a group to help restore Somali wildlife services, our plan at initial phase, is to re-Establish the Department’s structure and services in the areas where the Government Reached services, to at least restore wildlife protections laws and the anti-poaching unit, so That our ports have control of traffic and stopping the illegal trade of wildlife products Such as charcoal, live animals and another other unlawful acts against the protection of our natural heritage. From there we want to grow the services as the Government’s services grow and ultimately reach our goal of having effective Wildlife Department That Will protect, manage and serves the nation‘s natural resources. >> But these, actually, are only hopes.

The species situation and conservation

But I have seen the photographs of the specimens housed in the Moscow zoo, and I recognized that they belong to the species silver Dik dik , even Prof Yalden who had seen the pictures he agreed, but unfortunately the zoo does not consider this a valid and does not say where arrive specimens.

They could be very useful for providing organic material for DNA analysis of the species.

As we have already said the population of silver Dik dik live in areas where there is no safe and protected place for the wildlife, for this is subject to habitat destruction as a result of overgrazing by sheep and cattle of local populations, hunting, poaching and captures for export, probably both live animals and skins, horns and other handicrafts. The habitat is also liable to be damaged during the civil war because many refugees and many armed soldiers and their heavy vehicles have taken refuge in the bush where he lives Dik dik silver. The trend of the population is not precisely known but is undoubtedly a decrease. As it says in the IUCN Red List, where this species is considered as belonging to the category DD (Deficient Data) and the population trend is Decreasing.
The situation is tragic also in the light of the data reported in 2009 by DeGeorges &. Reilly the journal ‘Sustainability’ (and which refer in turn to at U. Funaioli and A.M. Simonetta) according to which in the 60s from Somalia were exported to Europe, 350,000 skins a year of dik-diks of all species. Also from Somalia especially not export only the skins but also tens of thousands of horns (possessed of only males) used to make keychains (sic) and exported.
In addition, the silver dik dik was photographed by Prof Roland Wirth of ZGAP (Zoological Society For The Conservation of Species and Populations) in 2009, he says that about thirty live specimens were on sale in  Sharjah  animal Souq in UAE (Unites Arabs Emirates). The specimens were purchased by Emirs because being small and fast as the hare, were used to train falcons to hunt. We also need to make sure that this trade is illlegal – no Dik diks are listed on CITES (the Convention on International Trade in Endangered Species of Wild Fauna and Flora). If it is illegal, I think it will be straightforward to open precaution prevent salt (sale?).

Today it seems that the situation has improved slightly since I Know That live Dik diks and skins were confiscated by Dubai customs after 2009.

Only by studying and knowing a species is possible to make a correct plane or action to safeguard and protection (for example by setting up protected areas quite extensive, where the species is present and can actually survive) or to organize and maintain breeding centers in captivity in situ or, more easily,  ex situ, in other countries, more peaceful,  if you manage to get the specimens to breed in zoos particularly well equipped for this purpose (as has been done for many other species such as Arabian and Scimitar-horned oryx, Przewalski Horse, Somali wild ass, Ubara, beira antelope, etc ..

As has been done with Madoqua kirkii and M. guentheri (most common species widespread olso in Kenya and Tanzania), I hope that some Research Institute or University or Zoological garden well equipped, beginnings research on the DNA of M. piacentinii and M. saltiana, comparing them to know the phylogeny of these species and their degree of relationship between themselves and with other Antilopinae, subfamily of Bovidae . All conservationists biologists that deal with safeguarding rare species,  are in agreement about this proposal.

We risk losing silver Dik dik, before it is even well known about its genetic, environmental and behavioral factors.

We must hope that, giving some news, international organizations that deal with conservation of rare and endangered species , would be interested to save this Dik-Dik.