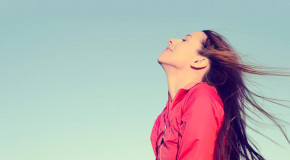 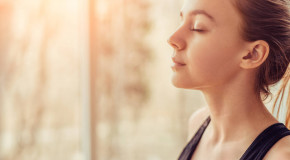 Rotana’s music always feels like heat, an eruption. There’s a reason for that. Every song she writes, whether its about love, freedom or rebellion is an invitation to experience an eruption of self. To let it all out. Be all of you and not compromise for anything or anyone. She knows what it is to wake up one day and realize. “Holy shit, I’m not really sure who I am, what I believe in and what I am on this planet to fight for!” Rotana’s music is here to fight for going back to a place of intuition. Where you are letting the voice inside of you guide and explode. Not the voice society and culture throw at you.

This is 2017. This is Generation Z. This is the future. It is female. It is powerful. It is animal- and it is free. Rotana’s debut single “Daddy” was released on January 27th and is featured on Spotify New Music Friday and Pop Hot Tracks on iTunes & Apple Music. “The song “Daddy” is about the moment you step into your power” states Rotana. “It’s the decision to question shit and not dilute yourself to make other people more comfortable. Daddy is societal boundaries, the obsession with celebrity and wealth. Most of all, Daddy is the voice in your head that has convinced you that you can’t.” Rotana was born in Saudi Arabia, a beautiful, complicated place and one of the most conservative environments in the world. In Saudi Arabia, women must subscribe to a male guardianship system. You are not a full individual without the permission of a male. Basic rights that we take for granted are simply denied there.

In 2013, Rotana moved to the U.S. She immediately began to pursue music while attaining her Masters degree at the USC Annenberg School of Journalism. With music, came a path to herself and what she wanted. Rotana quit her job to pursue music full time. She sees herself as the growing pains of a place like Saudi Arabia. She comes in a sexy, dynamite, articulate package that challenges what both the East and the West expect her to be. Rotana debuted her upcoming project at The 2017 Sundance Film Festival “A Celebration of Music and Film Concert”. She shared the stage with Common, Andra Day, Jim James, Hunter Hayes, Peter Dinklage, Ava DuVernay