Wecyclers, NIGERIA
Selected from an applicant pool of over 1000 projects, the finalists for Cartier Award 2013 come from 15 different countries. They all lead compagnies. UFFP met one of the finalist who became Laureate for Sub- Saharan Africa, at the press launch and lunch of the Cartier Women’s Initiative Award this past october.

Wecyclers builds and manages a fleet of low-cost cargo-bicycles to collect recyclable waste in slums. By collecting and recycling waste she offers the communities a better life and a way to tackle hasardous waste that contributes to all sort of diseases and natural disasters amongts the empoverished communities of Lagos.

Bilikiss Adeyibi is struggling against waster in her native land Nigeria.

According to LAWMA, the Lagos Waste Management Authority, Nigeria’s most populous city produces 10,000 metric tons of waste every day. ‘Much of this is not collected,’ says Bilikiss Adebiyi, the entrepreneur steering Wecyclers. Her company offers waste collection and recycling services to the city’s informal settlements, where an estimated 66% of Lagosians live. ‘City garbage trucks often can’t reach them due to bad road conditions. They park in the vicinity and wait for people to bring their trash. Disposing of it becomes pot luck!’

All too often, the refuse is dumped in the street or in open gutters, where plastic bottles and aluminium cans are a particular hazard, explains Bilikiss. ‘They block the gutters and cause stagnant water, which draws mosquitoes and malaria. When the rains come the water floods into people’s homes: they can be knee-deep in dirty stagnant water.’ 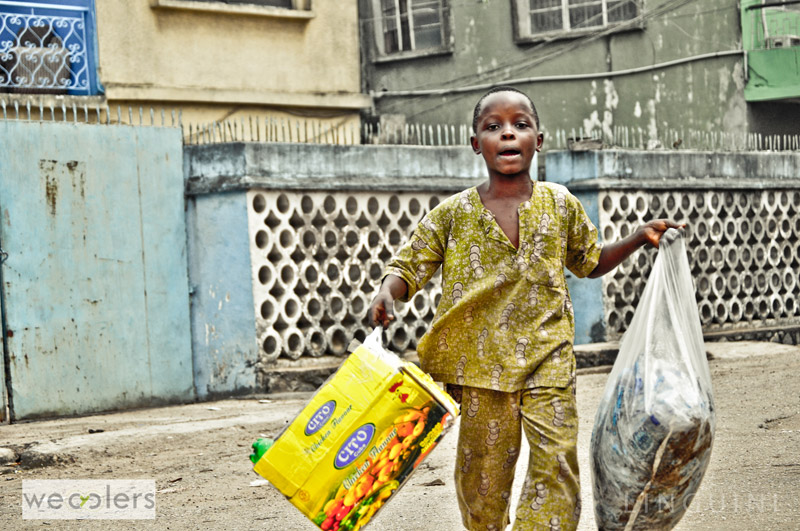 The trash has little chance of being recycled either. Which is why Bilikiss and her team sat down to determine what would be the best recyclable waste to collect. It had to be lightweight, since their chosen form of transport was a vehicle that can weave in and out of the slums with ease: a low-cost cargo bike manufactured using local materials. 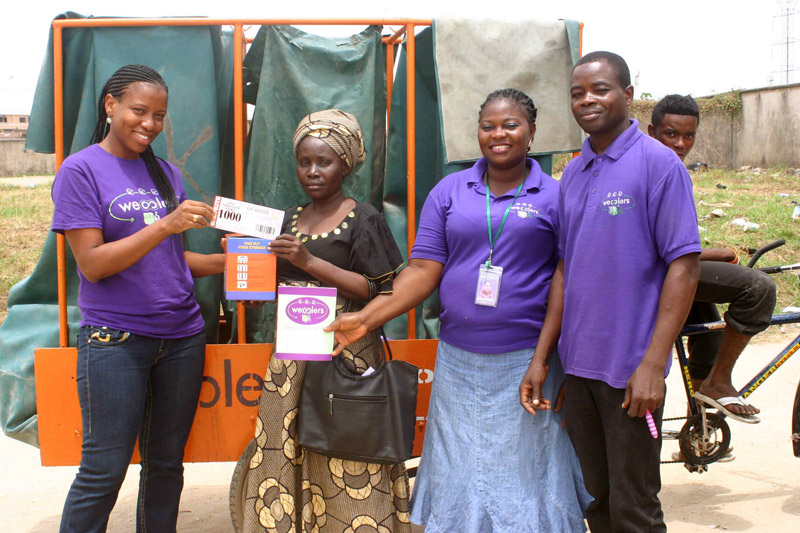 Households that have subscribed to Wecyclers receive a weekly visit from its collectors, who weigh the waste, log the amount and take it to Wecycler hubs. Two hubs have been created to date in convenient locations – it can be hard work pedalling waste! – thanks to a partnership with LAWMA. They have provided the land and are eager for the company to scale up. Since launching its activity in August 2012, Wecyclers has put 13 bikes in operation, collected over 60 tons of waste and generated US$20,000+ in revenue, enough to hire 16 people full time. 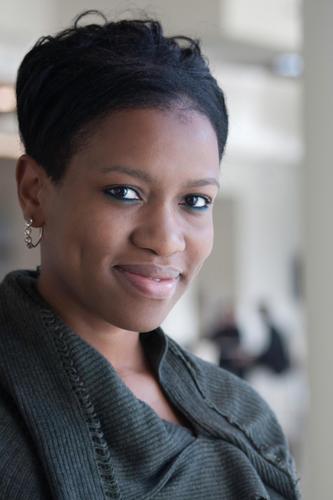 Tell us about Wec yclers ? We are a company that provides households in developing countries, a chance to capture value from waste. One example, Lagos generates 10 000 tons of waste every day. It is a lot of waste and most of the waste is in communities and it ends in causing flooding, pollution and diseases.

So you provide a service but also educate? Yes indeed, we try to educate people on the importance of health issue but we also provide people with collecting waste so we designed bicycles “ the wecycles” and we go from house to house, to collect the waste from them.

So In exchange of that what do you provide? We give them points which are sent via phone by sms so t hat the household has a record of what they have been doing. And then, every three month, we exchange the points for something of value: we recharge cards; we can give them for instance a blender, or even a television.

So the Waste becomes a store of value? Yes it does, it is important to reward them!

As a women entrepreneur, what are the difficulties you face every day? I think that in my case, I was very fortunate, because before I started this job I was an engineer, so I had the experience to deal with this problem.

But what about the mentalities? True sometimes I would hear “ oh she”s doing that because as a woman it is all I could find, sometimes it is difficult even for financing, because men don’t always respect you and give you credit.

So work and resilience and creativity is the key? Yes you have to keep on working regardless of mentalities and taboos, truly we need more women controlling the funding and we need more female success stories!

More women mentoring as well? Yes definitely, but also I’ve noticed that when women are in power they don’t necessarily want to help other women either !

We should break this minset ? Yes, we have to break this barrier if we want to really move forward

They really see the value of recycling in fact? They don’t mind to be are the forefront, they really want the change to happen in their lives.

Recycling, upcycling, reusing and reducing their motto and habit? Yes indeed, in Africa it has become a tradition and a necessity.

French speaking Africa, mostly sahelian region, are faced with the same issues but with war and conflicts in addition, what would you like to say to your sisters of that region? UFFP work, aims at empowering them, what would be your input? I think we have to come to a point where we must say “it is ok to be a progressive thinker”  it is the only way we have to face up with issues like oppression, and gender inequalities !

Education of women is also the key and mostly how “our sons are educated” by us women, African women, as we also are the source and origin of it all? Thank you, thank you, thank you for saying  that !  I definitely agree. We have mothers who teach wrong ideas to future men, so as women it is our responsibility to change that. People don’t even kno, they are not even aware when they do it. When we educate our children, we have to think “equal” we don’t want our “sons to clean or cook” ! 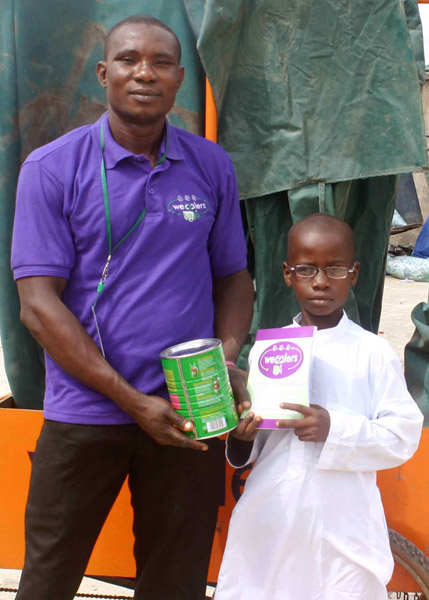 3,200 low-income households have already subscribed to the service. Unlike current formal collection systems, Wecyclers collects the waste for free. To create incentive among low-income households to sort it, rewards are given for every kilo recycled, via points sent by SMS. ‘These can be redeemed against goods they value, such as cell phone minutes or basic food items.’ The rewards have been funded by corporate sponsorship deals with big brands such as Coca Cola and GlaxoSmithKline. ‘After surveying waste we found their products represented 22% and 12% respectively,’ notes Bilikiss. ‘No big brand wants its name in the gutter!’ 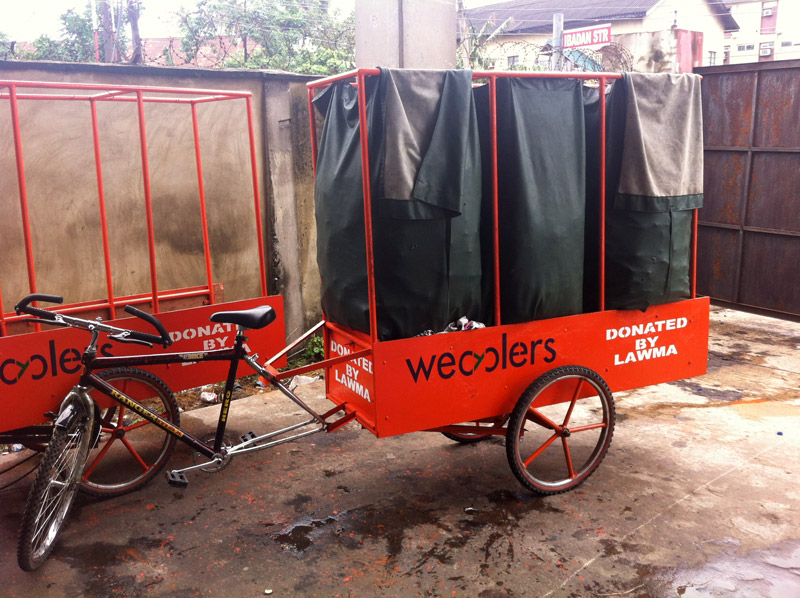 Although born and raised in Lagos, Bilikiss developed the idea for her business in the US as a student at the MIT Sloan School of Management, following a five-year career as a corporate software engineer. Assigned to a study project to help people at the bottom of the pyramid, Bilikiss decided to work on waste. She sees huge potential in this sector, with Nigeria’s recycling plants ‘hungry for material due to local and foreign demand for end products.’ 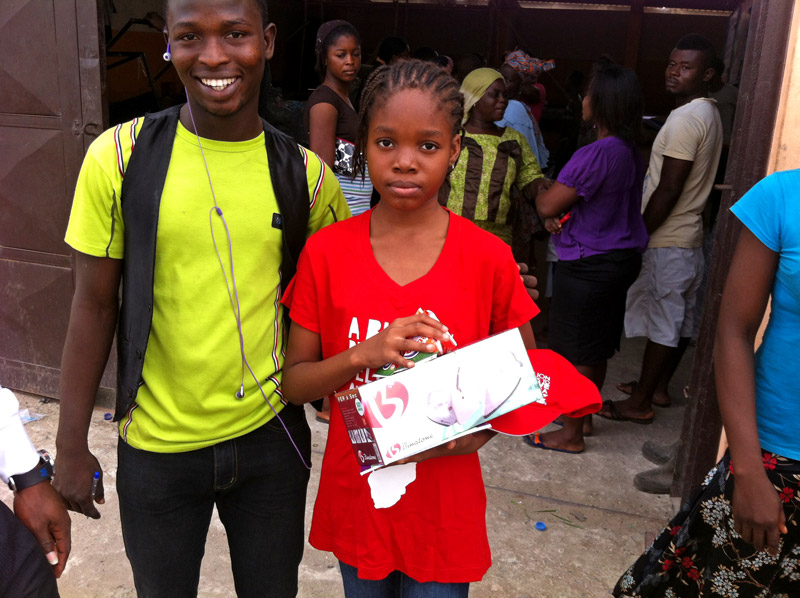 Now she is also chuffed to be creating employment and fostering enterprise. ‘One woman buys plastic bottles from us to sell them as containers. I love the fact that we can help people to have their own business.’ 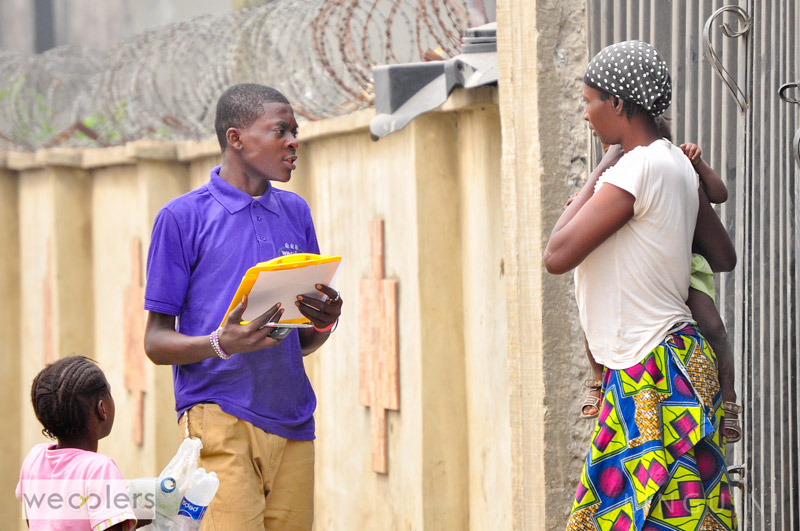